Christian Coons is an Associate Professor of Philosophy at Bowling Green State University. His research focuses on theory selection in normative ethics, the nature of value, and the structural relationship between normative concepts. He has published work in each of the major sub-fields of moral philosophy: applied ethics, normative ethics, axiology, metaethics, and political and legal theory.

Michael Weber is Associate Professor and Chair of the Department of Philosophy, Bowling Green State University. He has published widely in ethics and political philosophy, with emphasis on contemporary egalitarianism, rational choice theory, and ethics and the emotions. His papers have appeared in journals including in Ethics, Ethical Theory and Moral Practice, The Canadian Philosophical Review, Philosophical Studies, The International Encyclopedia of Ethics, The Journal of Ethics and Social Policy, The Journal of Ethics, and Public Affairs Quarterly. He is also co-editor (with Christian Coons) of Paternalism: Theory and Practice (Cambridge University Press, 2013). He previously taught at Yale University, having earned a Ph.d in philosophy at the University of Michigan, a B. A. in Philosophy, Politics and Economics at Oxford, and a B. A. from Williams College. 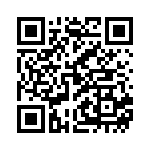