Goytisolo first became known in the United States for his novel The Young Assassins (1954), the story of juvenile delinquents corrupted by social conditions during and immediately after the Spanish civil war. His depictions of the spiritual emptiness and moral decay of Spain under the Franco regime led to the censorship of some of his works there, and he moved to Paris in 1957. In 1966 he published Marks of Identity, which would eventually form a trilogy with Count Julian (1970) and Juan the Landless (1975). Count Julian is an exile's view of Spain, with Spanish history, literature, and language derisively viewed for the purpose of destroying them so that they might be reinvented. Formally, it is a "new novel" along the lines of Robbe-Grillet's formulations. Makbara (1980), a misogynous novel, also attacks capitalism. Landscapes after the Battle (1982), based loosely on the life of Lewis Carroll is, in fact, a self-conscious novel concerned mainly with the problems involved in writing novels. 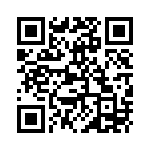