Harriet I. Flower is professor of classics at Princeton University. She is the author of Roman Republics (Princeton), The Art of Forgetting: Disgrace and Oblivion in Roman Political Culture, and Ancestor Masks and Aristocratic Power in Roman Culture. She is also the editor of The Cambridge Companion to the Roman Republic. 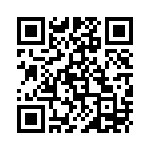