I picked this one up as part of my preparations for an upcoming trip to Vermont. Unfortunately, since Wren was walking to Vermont, there wasn't really much of the state in the book. However, I did end ... Read full review

WALKING TO VERMONT: The Further Adventures of a Foreign Correspondent

Wielding the waspish wit he flashed in sending up the overblown aura of his chosen profession (Hacks, 1996), Wren sets off on his march into retirement by sending up himself.It's the kind of initially ... Read full review

Christopher S. Wren retired from The New York Times after nearly twenty-nine years as a reporter, foreign correspondent, and editor. He headed the Times’ news bureaus in Moscow, Cairo, Beijing, Ottawa, and Johannesburg; covered the United Nations; and reported from the former Soviet Union, Eastern Europe, the Balkans, the Middle East, China, Southeast Asia, Africa, South America, and Canada. He taught at Princeton University before coming to Dartmouth, where he is visiting professor in its Master of Arts in Liberal Studies program. He is the author of Those Turbulent Sons of Freedom. 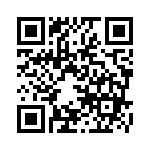