Daniel Friebe is one of Britain's leading cycling journalists and, at 30, a youthful veteran of nine Tours de France. Daniel is the Features Editor of Procycling Magazine, widely regarded as the world's most authoritative English-language cycling magazine. His feature-writing and news reporting on a range of subjects - including the controversial topic of doping - has earned him an enviable reputation, reflected in his frequent appearances on international radio and television as a cycling expert.Daniel also collaborated with Mark Cavendish on his bestselling Boy Racer. He has also written for publications including the Daily Telegraph, The Sunday Telegraph, FourFourTwo, Spin Cricket Monthly, Channel4 Test Match Magazine. 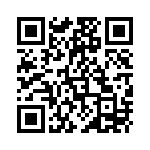