"We must therefore not be discouraged by the difficulty of interpreting life by the ordinary laws of physics." Such an understatement. And what an intellect! Schrödinger's book made the New Scientist ... Read full review

I had been meaning to read this for a long time. The book is not nearly as exciting as it must have been in the 1940s, many of the ideas are reasonably familiar. And some of the interest one gets is ... Read full review

Born and educated in Vienna, Erwin Schrodinger received his Ph.D. in 1910 from the University of Vienna. He developed the theory of wave mechanics (1925--26). For this theory, which furnished a solid mathematical explanation of quantum theory, Schrodinger shared the Nobel Prize in 1933 with Paul Dirac. Schrodinger was dissatisfied with Niels Bohr's early quantum theory of the atom, objecting to the many arbitrary quantum rules imposed. Building on Louis-Victor De Broglie's idea that a moving atomic particle has a wave character, Schrodinger developed a famous wave equation that describes the behavior of an electron orbiting the nucleus of an atom. When applied to the hydrogen atom, the equation yielded all the results of Bohr and De Broglie, and was also used as a tool to solve a wide range of new problems in which quantization occurs. In 1927 Schrodinger succeeded Max Planck at the University of Berlin but resigned in 1933 when the Nazis came to power. He left then for England, becoming a guest professor at Oxford University. In 1936 he returned to Austria, but then fled in 1938 under the threat of Nazi arrest and was invited to Dublin's newly established Institute for Advanced Studies. He remained there from 1940 until his retirement in 1956, when he returned to his native Austria and to the University of Vienna, where he held his last chair in theoretical physics. In 1944 Schrodinger published What Is Life? The Physical Aspects of a Living Cell, a book that had a tremendous impact on a new generation of scientists. The book directed young physicists who were disillusioned by the Hiroshima bombing to an unexplored discipline free of military applications---molecular biology. Schrodinger proposed the existence of a molecular code as the genetic basis of life, inspiring an entire generation to explore this idea. 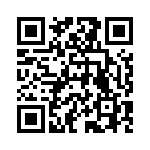