Józef Teodor Konrad Nalecz Korzeniowski was born in the Ukraine on 3 December 1857. His parents were Polish and had both died in exile by the time Conrad was eleven. His uncle then became his guardian and looked after him in Krakow until he was sixteen when he went to sea and sailed on French and British ships. He was made British citizen in 1886 and changed his name to Joseph Conrad. In 1889 Conrad visited the Congo and his experiences there inspired Heart of Darkness. In 1894 he published his first novel, Almayer's Folly and went on to write nineteen more as well as many short stories, essays and a memoir. In 1896 he married Jessie George and they later had two sons. Conrad died on 3 August 1924.

Tim Butcher is a best-selling author who blends travel with history. His first book, Blood River, was a number one bestseller, a Richard & Judy Book Club selection and was shortlisted for the Samuel Johnson Prize, while his next, Chasing the Devil, was longlisted for the George Orwell Prize. A journalist with the Daily Telegraph from 1990 to 2009, in 2010 he received an honorary doctorate from the University of Northampton for services to writing. Born in Great Britain, he is based in Cape Town with his family. 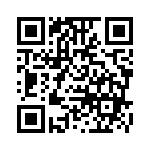