Frederick Luis Aldama is Arts and Humanities Distinguished Professor of English and University Distinguished Scholar at the Ohio State University where he is also founder and director of LASER and the Humanities & Cognitive Sciences High School Summer Institute. He is author, co-author, and editor of over 24 books, including the Routledge Concise History of Latino/a Literature and Latino/a Literature in the Classroom. 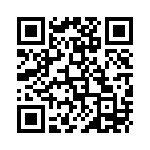