Robert J. O'Connell, S. J. was a Professor of Philosophy at Fordham University. His has five publications on St. Augustine, as well as several studies of Plato, William James, and Teilhard de Chardin. In 2015 he established the O'Connell established the O'Connell Initiative at Fordham, a forum for intellectual exploration, that brought together scholars of every aspect of capitalism. 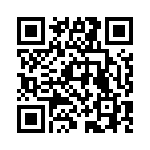