George B. Dantzig is Professor Emeritus in the Department of Engineering-Economic Systems and Operations Research at Stanford University. 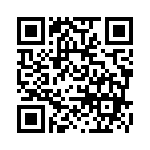