Richard Nelson Bolles was born in Milwaukee, Wisconsin on March 19, 1927. During World War II, he served in the Navy. He studied chemical engineering for two years at the Massachusetts Institute of Technology, then transferred to Harvard University, where he received a bachelor's degree in physics. After graduation, he decided to become an Episcopal minister. He received a master's degree in New Testament studies from General Theological Seminary in New York and was ordained in 1953. He had been a clergyman for 18 years when a combination of budget problems and philosophical differences with superiors led to the elimination of his job and his dismissal in 1968 as a pastor at Grace Cathedral in San Francisco. After six months of searching, he got a job with United Ministries in Higher Education, an interdenominational church organization that recruited and supported college chaplains across the country. However, when the college chaplains were increasingly being laid off, he decided to help the chaplains find new careers. He was an ordained Episcopal minister until 2004, when he left the ministry. In 1970, he self-published What Color Is Your Parachute?: A Practical Manual for Job-Hunters and Career-Changers as a photocopied how-to booklet for unemployed ministers. In 1972, he recast it to appeal to a wider audience and found an independent publisher willing to print small batches so that it could be frequently updated. His other books included How to Find Your Mission in Life and The Three Boxes of Life and How to Get Out of Them. He died on March 31, 2017 at the age of 90. 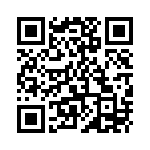