Carrison K.S. Tong graduated from Southampton Institute of Higher Education, Southampton University in engineering and obtained his MSc in Engineering Computation from Queen?s University of Belfast. He finished his PhD in Medical Imaging at the Royal Postgraduate Medical School, Imperial College, UK. Dr. Tong is a fellow member of British Computer Society, professional member of Institution of Mechanical Engineers, Chartered Engineer and Scientist. He has published more than forty papers in the area of medical imaging and modelling. Dr. Tong was been working as a Medical Physicist and Picture Archiving and Communication System (PACS) Manager for Tseung Kwan O Hospital and Pamela Youde Nethersole Eastern Hospital, Hospital Authority since 1996. He has built various medical imaging networks for different specialties including Nuclear Medicine Departments, Radiology Departments, Neurosurgery Departments, Ear Noise Throat Department, and Oncology Department for surgical and treatment purposes. From 1999 to 2003, Dr. Tong was appointed medical physicist in-charge for the building of the Tseung Kwan O Hospital as the first filmless hospital project in Hong Kong and PR China which project has awarded the ISO27000 certificate and a gold award in Hong Kong Information & Communication Technology (HKICT) Awards 2006. In 2007, Dr. Tong was appointed for the development of a Surgical Virtual Reality Laboratory for surgical department. This project has awarded three prizes including gold, silver, and bronze awards in the HK ICT Awards 2007. Being one of the big winners in ICT field, Dr. Tong has been invited to represent Hong Kong for the competition of Asia Pacific Information & Communication Technology Awards 2006 and 2007. Internationally, Dr. Tong has won a finalist certificate in the Science and Engineering Visualization Challenge 2006 organized by National Science Foundation and Science. As a scientist, Dr. Tong has been appointed as a subject expert by Hong Kong Council for Accreditation of Academic & Vocational Qualifications and Education Bureau.

Eric T.T. Wong received his MSc degree in Plant Engineering from the Loughborough University(UK) and PhD degree from the Leicester University(UK). Prior to joining the Mechanical Engineering Department of the Hong Kong Polytechnic University, he worked for the Hong Kong Civil Aviation Department in the area of flight crew licensing and examinations, as well as aviation safety. His research interests include: aviation management, risk modeling, Picture Archiving and Communications System, virtual organization trust, and quality management. He has been a Member of the China Council for the Promotion of Six Sigma since 2004. He is a Fellow of the Royal Aeronautical Society (UK), a Fellow of the HK QualityManagement Association, and a Council Member of the China Association for Quality. He was Vice-Chairman of the HK Institute of Marine Technology (2002), the Organizing Committee Chairman of the 11th Hong Kong Quality Management & the 1st Six Sigma Convention(2005). He is also the Program Chair of the ISSAT Internatioal Conference on Modeling of Complex Systems and Environments (2007) at Ho Chi Minh City, Vietnam. He is an editorial board member of the International Journal of Industrial Engineering ? Theory, Application and Practice and has published over 100 book chapters, refereed journal articles and conference papers. He is also one of the editors of the book ?Quality Management: A New Era?. [Editor] 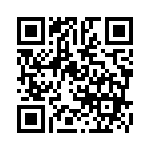