Paul Ricoeur (1913–2005) was the John Nuveen Professor in the Divinity School, the Department of Philosophy, and the Committee on Social Thought of the University of Chicago. David Pellauer is professor of philosophy at DePaul University andthe translator of Ricoeur’s The Just; Reflections on the Just; and Memory, History, Forgetting. 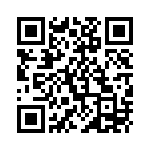