Data on the Web : From Relations to Semistructured Data and XML (The Morgan Kaufmann Series in Data Management Systems)

Most data on the web are not well structured, making the search and retrieval process difficult since the spiders, robots, and other search engines don't really understand the context of the data they ... Read full review

Serge Abiteboul is Senior Researcher at I.N.R.I.A. and a professor at the cole Polytechnique. He received his Ph.D. in computer science from the University of Southern California in 1982 and his Th se d'Etat from the University of Paris XI in 1986. His recent research has focused on object databases, digital libraries, semistructured data, data integration, and electronic commerce.

Peter Buneman is a professor in the Computer and Information Science Department at the University of Pennsylvania. He earned his undergraduate degree from Cambridge and his Ph.D. from the University of Warwick. His research interests include databases, programming languages, cognitive science, and classification theory.

Dan Suciu is a researcher at AT&T Labs who received his Ph.D. from the University of Pennsylvania in 1995. He has devoted his recent research and publications to various aspects of semistructured data, organizing several workshops on the topic and serving on the committees of ICDT, PODS, and EDBT. 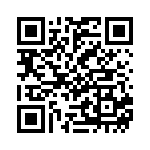