After seeing Carrington's artwork and reading some biographical information about her, I became fascinated with her life. This slim volume is her firsthand account of her time spent in a Spanish ... Read full review

Leonora Carrington (1917–2011) was born in Lancashire, England, to an industrialist father and an Irish mother. She was raised on fantastical folk tales told to her by her Irish nanny at her family’s estate, Crookhey Hall. Carrington would be expelled from two convent schools before enrolling in art school in Florence. In 1937, a year after her mother gave her a book on surrealist art featuring Max Ernst’s work, she met the artist at a party. Not long after, Carrington and the then-married Ernst settled in the south of France, where Carrington completed her first major painting, The Inn of the Dawn Horse (Self-Portrait), in 1939. In the wake of Ernst’s imprisonment by the Nazis, Carrington fled to Spain, where she suffered a nervous breakdown and was committed to a mental hospital in Madrid. She eventually escaped to the Mexican embassy in Lisbon and settled first in New York and later in Mexico, where she married the photographer Imre Weisz and had two sons. Carrington spent the rest of her life in Mexico City, moving in a circle of like-minded artists that included Remedios Varo and Alejandro Jodorowsky. Among Carrington’s published works is a novel, The Hearing Trumpet (1976), and two collections of short stories. A group of stories she wrote for her children, collected as The Milk of Dreams, is published by The New York Review Children’s Collection; her Complete Stories is published by Dorothy, a Publishing Project in the United States and by Silver Press in the United Kingdom.

Marina Warner’s studies of religion, mythology, and fairy tales include Alone of All Her Sex: The Myth and the Cult of the Virgin Mary, From the Beast to the Blonde, and Stranger Magic (National Book Critics Circle Award for Literary Criticism; Truman Capote Prize). A Fellow of the British Academy, Warner is also a professor of English and creative writing at Birkbeck College, London. In 2015 she was given the Holberg Prize. 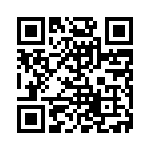