49 other sections not shown

Social scientist Charles Tilly was born in Lombard, Illinois on May 27, 1929. He graduated from Harvard Univeristy with a bachelor's degree in 1950 and a docorate in sociology in 1958. He also studied at Oxford University and the Catholic University in Angers, France. During the Korean War, he served in the Navy. He taught sociology and political science at numerous univeristies including the University of Delaware, Harvard University, the University of Toronto, the University of Michigan and Columbia University. During his lifetime, he wrote 51 books and monographs and more than 600 scholoarly articles. He received numerous awards including the Albert O. Hirschman Award from the Social Science Research Council. He died from lymphoma on April 29, 2008. 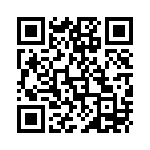