Some tomes do remain timeless.

Whilst this work is of the utmost historical value, it is also a work very much of it's time. Clearly Paine is anti-English, which isn't perhaps surprising as his country, the nascent United States, fought a war of independence from it's mother country in the near past. He is also very pro-French, which again isn't surprising considering that not only did the French support the independence movement in America (not for purely benevolent reasons), but they went and copied the Americans by dethroning the monarchy and bringing in the republic.
All of this is all well and good, but the real problem with Paine's analysis is that it is imbibed with a naďve gaiety for what he believes in ie., the republic, a written constitution and an almost utopian belief that these things will give the masses the power that they always deserved. What's more, he isn't very prescient. Towards the end especially, he lambasts the state of England's (it had been Great Britain since 1707, but anyway) finances. France, now blessed as a republic would march past England, which would inevitably shrink and die under the yolk of monarchy. Yet what happens in the century that follows? Great Britain becomes the pre-eminent power which not only controls one quarter of the globe, but is the home to dynamic industrialisation, commerce, inventions and numerous important political changes such as the 1832 Reform Act. France, whilst it also establishes an empire, sees the rise of Napoleon and Napoleon II, monarchy in another name. Whilst hugely important historical figures (Napoleon at least), they see calamitous defeat at Trafalgar, Waterloo and then perhaps worst of all to the Germans in 1870.
On Paine's recurrent charge that England does herself down by not having a written constitution, a al United States, it is interesting to note that this perceived weakness, could now be seen to be a strength. Whilst the US has problems altering the constitution as time moves on and circumstances change, because it is enshrined in law, one can think of gun control and the right to bear arms as a case in point, the UK un-written constitution can be flexible and change with the times.
Finally, whilst the UK went through turbulent times of Victorian poverty and empire building and then retreat, it has emerged as a pretty liberal monarchical democracy, far from perfect but certainly far from what Thomas Paine Envisaged I'm sure. 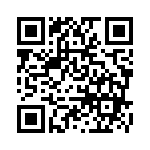