A rather odd and peculiar novel, short in nature, about a man with a bicycle and the events that transpose from it. I feel that Wells was very inventive here, and taking quite a few liberties. Overall ... Read full review

Personally, I consider this one of Wells' lesser efforts, in that it fails to utilize his unparalleled ability to produce great works of science fiction. Wells' story telling ability is always top ... Read full review

H.G. Wells was born in Bromley, England, the son of an unsuccessful merchant. After a limited education, he was apprenticed to a dry-goods merchant, but soon found he wanted something more out of life. He read widely and got a position as a student assistant in a secondary school, eventually winning a scholarship to the College of Science in South Kensington, where he studied biology under the British biologist and educator, Thomas Henry Huxley. After graduating, Wells took several different teaching positions and began writing for magazines. When his stories began to sell, he left teaching to write full time. Wells's first major novel, The Time Machine (1895), launched his career as a writer, and he began to produce a steady stream of science-fiction tales, short stories, realistic novels, and books of sociology, history, science, and biography, producing one or more books a year. Much of Wells's work is forward-looking, peering into the future of prophesy social and scientific developments, sometimes with amazing accuracy. Along with French writer Jules Verne, Wells is credited with popularizing science fiction, and such novels as The Time Machine and The War of the Worlds (1898) are still widely read. Many of Wells's stories are based on his own experiences. The History of Mr. Polly (1910) draws on the life of Wells's father. Kipps (1905) uses Wells's experience as an apprentice, and Love and Mr. Lewisham (1900) draws on Wells's experiences as a school teacher. Wells also wrote stories showing how the world could be a better place. One such story is A Modern Utopia (1905). As a writer, Wells's range was exceptionally wide and his imagination extremely fertile. While time may have caught up with him (many of the things he predicted have already come to pass), he remains an interesting writer because of his ability to tell a lively tale. 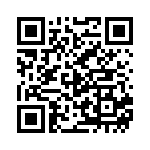