Stephen Phillips is professor of philosophy and Asian studies at the University of Texas at Austin and has been visiting professor of philosophy at the University of Hawaii, Manoa, and at Jadavpur University, Kolkata. He is the author of six books, including Epistemology of Perception: Gangesa's Tattvacintamani, Jewel of Reflection on the Truth About Knowledge, and numerous papers, many featuring first-time translations of late classical Sanskrit philosophic texts. 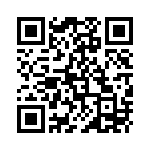