John Roderigo Dos Passos (1896–1970) was a writer, painter, and political activist. He wrote over forty books, including plays, poetry, novels, biographies, histories, and memoirs. He crafted over four hundred drawings, watercolors, and other artworks.

Dos Passos considered himself foremost a writer of contemporary chronicles. He preferred the moniker of “chronicler” because he was happiest working at the edge of fiction and nonfiction.

Both genres benefited from his mastery of observation—his “camera eye”—and his sense of historical context. Dos Passos sought to ground fiction in historic detail and working-class, realistic dialogue. He invented a multimedia format of songs, newsreels, biographies, third-person fictional narrative, and first-person semi-autobiographical narrative snapshots to convey the frenzy of America’s industrialism and urbanism in the twentieth century. His most memorable fiction—Three Soldiers (1921), Manhattan Transfer (1925), and the U.S.A. trilogy (1938)—possesses the authority of history and the allure of myth. Likewise, he sought to vitalize nonfiction history and reportage with the colors, sounds, and smells documented on his journeys across the globe. 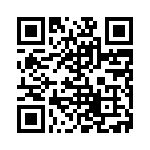