Working for as many as thirty newspapers, as well as the Associated Press and King Features Syndicate, Jeanne Toomey has been a veteran wanderer and itinerant. Never caring much about pensions, benefits, and other serious concerns of many of her peers, she has been more preoccupied with seeing the "Real America" (or France or Mexico). She has worked both sides of the United States, carrying a notebook or tape recorder. Published by Family Circle, Family Weekly, AP Newsfeatures, and a number of detective magazines as well as newspapers, she has won the "Woman of the Year" award from the Women's Press Club of New York, as well as the Nevada State Press Association's prize as best feature writer. A graduate of Southampton College of Long Island University, she has tried to hold up a strong mirror to life. She's still at it. 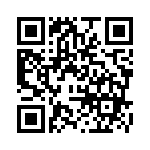