Robert K. Hitchcock is a Professor of Geography and an adjunct Professor of Anthropology at Michigan State University. Previously he was Professor of Anthropology and Geography and Coordinator of African Studies at the University of Nebraska-Lincoln (1983-2006). He has worked with San communities in Botswana, Namibia, Zimbabwe, and Zambia since 1975, and he serves on the board of the Kalahari Peoples Fund. He worked for the government of Botswana in the Ministry of Local Government and Lands (1977–79) and Ministry of Agriculture (1980–1982) and has served as a consultant to the Department of Wildlife and National Parks in Botswana. He has also worked for the governments of Somalia, Swaziland, and Lesotho, as well as for the United Nations High Commissioner for Refugees and the World Bank. His publications include Kalahari Cattle Posts (Government of Botswana, 1978); Endangered Peoples of Africa and the Middle East: Struggles to Survive and Thrive (co-editor, Greenwood, 2002); Indigenous Peoples’ Rights in Southern Africa (co-editor, International Work Group for Indigenous Affairs, 2004). 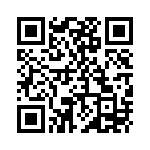