This book was wonderful and very easy to understand. it especially helped with my homework. And it really showed how daily life was in the Byzantine Empire. I greatly enjoyed this book and think everyone studying this topic should read this.

MARCUS RAUTMAN is Professor and Department Chair of the Department of Art History and Archaeology, University of Missouri, Columbia. 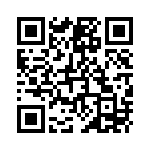