Page 254 - When all denied, Peter and they that were with him said, Master, the multitude throng thee and press thee, and sayest thou, Who touched me? 46 And Jesus said, Somebody hath touched me: for I perceive that virtue is gone out of me.
Appears in 455 books from 1701-2008
Page 137 - And whosoever shall not receive you, nor hear you, when ye depart thence, shake off the dust under your feet for a testimony against them. Verily I say unto you, It shall be more tolerable for Sodom and Gomorrha in the day of judgment, than for that city.
Appears in 209 books from 1799-2007
More
Page 254 - Then Peter said, silver and gold have I none; but such as I have give I thee; In the name of Jesus Christ of Nazareth rise up and walk.
Appears in 286 books from 1800-2008
Page 99 - Principle A: An anaphor must be bound in its governing category Principle B: A...
Appears in 14 books from 1988-2006
Page 203 - V-NI can be explained by the discrepancy between the semantics, which is that of ordinary sentence negation (or nexus negation, in Jespersen's terms), and the surface expression of negation, which is on a participant rather than on the verb in this...
Appears in 4 books from 1997-2007
Page 39 - In such sentences the speaker is committed to the existence and identifiability of the entity.
Appears in 5 books from 1996-2006
Page 165 - the conjunction (both ...) and corresponds logically, pragmatically, distributionally, and intonationally to the universal ALL, the disjunction (either ...) or to the existential or particular SOME (...)" (Horn 1989:254). Hence, it can be assumed that for a finite number of entities, a universal statement is equivalent to a conjunction, and an existential statement is equivalent to a disjunction. The problematic examples are generic or law-like statements in which the predicates express a kind of...
Appears in 5 books from 1996-2004
Page 202 - In my sample, the Latin type (V-NI) is only represented by European languages, suggesting that it is an areal phenomenon. This idea is confirmed by the distribution within Europe, which is almost confined to a contiguous area from Iceland to the Alps and southern France, within Europe, the 1 0 languages of this type are Icelandic, Norwegian, Swedish, Danish, English, Frisian, German, French, Occitan, and Maltese.
Appears in 3 books from 1997-2005
Page 133 - Micromegas" (2. Kapitel). Ein Saturnbewohner erzählt dem Siriusbürger, man habe auf dem Saturn 72 Sinne, und man wünsche sich noch mehr. .Je le crois bien...
Appears in 9 books from 1829-1997
Page 188 - An illustrated paper, which is the first to publish portraits of everybody who becomes anybody.
Appears in 6 books from 1895-1997
Less

Martin Haspelmath is in the Department of Linguistics, Max Planck Institute for Evolutionary Anthropology. 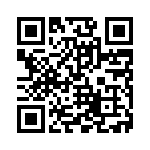