Martin Buber was born in Vienna, the son of Solomon Buber, a scholar of Midrashic and medieval literature. Martin Buber studied at the universities of Vienna, Leipzig, Zurich, and Berlin, under Wilhelm Dilthey and Georg Simmel. As a young student, he joined the Zionist movement, advocating the renewal of Jewish culture as opposed to Theodor Herzl's political Zionism. At age 26 he became interested in Hasidic thought and translated the tales of Nahman of Bratslav. Hasidism had a profound impact on Buber's thought. He credited it as being the inspiration for his theories of spirituality, community, and dialogue. Buber is responsible for bringing Hasidism to the attention of young German intellectuals who previously had scorned it as the product of ignorant eastern European Jewish peasants. Buber also wrote about utopian socialism, education, Zionism, and respect for the Palestinian Arabs, and, with Franz Rosenzweig, he translated the Bible. He was appointed to a professorship at the University of Frankfurt in 1925, but, when the Nazis came to power, he received an appointment at the Hebrew University of Jerusalem. Buber died in 1965. 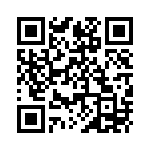