Frank Herbert (1920-86) was born in Tacoma, Washington and worked as a reporter and later editor of a number of West Coast newspapers before becoming a full-time writer. His first SF story was published in 1952 but he achieved fame more than ten years later with the publication in Analog of 'Dune World' and 'The Prophet of Dune' that were amalgamated in the novel Dune in 1965.

Brian Herbert is an American SF author and son of the famous author Frank Herbert. 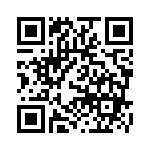