Corrie ten Boom was an amazing woman, she hid Jews from the Nazis, was imprisoned in a concentration camp, and when WWII was over she traveled the world spreading the gospel. This is a collection from ... Read full review

Corrie ten Boom was a writer and historian. She was born in the Netherlands in 1892. In February of 1944, an informer turned the ten Boom family in to the Gestapo for hiding Jews in their watch and clock shop. Six family members and 30 friends were arrested. Casper, Betsie, and Christiaan ten Boom died as prisoners. Because of a clerical error, Corrie Ten Boom was released, one week before all the women her age were killed. ten Boom went on to tell her message of survival for the next 32 years in countries throughout the world. Her story became both a book and a movie titled The Hiding Place. Ten Boom died on April 15, 1983. 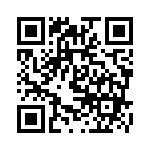