James K. Hoffmeier was born and raised in Egypt where his passion for the archaeology of Egypt began. During graduate school, he worked with the Akhenaten Temple Project and participated in excavations (1975-1978). From 1999-2008 he directed excavations in North Sinai and in 2005 he discovered
unexpected evidence of Akhenaten's religious revolution. Since 1976, Hoffmeier has taught courses on Egyptian history, archaeology, and religion, as well as in the field of Old Testament, and has engaged in research and writing on areas where Egyptology and the Hebrew Bible intersect. 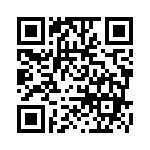