THE BULLET MEANT FOR ME: A Memoir

Memoir by an American journalist shot and paralyzed in a Mexico City robbery.Texas Monthly writer Reid (Close Calls, not reviewed) begins with the 1998 shooting, backtracks to the events leading up to ... Read full review

Gripping story of Jan Reid, a writer for Texas Monthly, and his ill-fated trip to Mexico to see his boxing friend, Jesus Chavez, in a match. The book is about much more than being shot and recovering ... Read full review

JAN REID is an award-winning writer for Texas Monthly. He has also contributed to GQ, Esquire, Men’s Journal, and the New York Times. His most recent book is Close Calls, a much-praised collection of his articles. He lives with his wife in Austin, Texas. 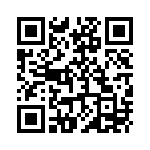