Delibes, one of the most respected novelists in Spain today, is particularly known for his rural novels, in which he views nature with loving but unsentimental eyes. These somewhat pessimistic novels are highly critical of modern industrialized society and full of nostalgia for a simpler, more natural past. The Hedge (1969) is a nightmarish tale of a sensitive clerk who is progressively dehumanized by his job and cut off from the rest of humanity by a thick hedge, symbolizing the totalitarian state. Five Hours with Mario (1966), which many critics consider Delibes's masterpiece, presents the bitter reflections of a widow as she sits with the corpse of her husband, who has just died after a miserable life of poverty and failure resulting from his defiance of repressive authorities. 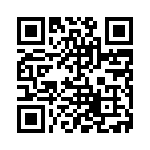