Isabelle Thomas-Fogiel is director of research in the Doctoral School of Philosophy at the Sorbonne. She specializes in the history of philosophy, the philosophy of science, and aesthetics and has published five books in French.

Richard A. Lynch is instructor of philosophy at DePauw University and founder of the Foucault Circle. He has also translated works by Michel Foucault and François Ewald. 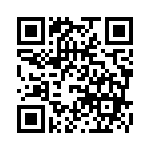