Excellent book that provides a greater context behind many of the geopolitical actions of the last 80 years. I was always curious as to the underlying cause of the Sino-Soviet split and now I know ... Read full review

The nuclear express: a political history of the bomb and its proliferation

Reed (former secretary of the air force) has joined with veteran Los Alamos physicist Stillman to write a complement to his earlier At the Abyss: An Insider's History of the Cold War. This book ... Read full review

Thomas C. Reed is a former nuclear weapons designer at Lawrence Livermore National Laboratory, Secretary of the Air Force under Ford and Carter, and Special Assistant to President Reagan for National Security Policy. Reed’s previous book is At the Abyss: An Insider’s History of the Cold War. He resides in northern California.

Danny B. Stillman is a Los Alamos physicist with decades of experience in nuclear design, diagnostics, and testing. For thirteen years Stillman directed the Los Alamos Technical Intelligence Division; at the end of that tour, he was awarded the Intelligence Community Seal Medallion. He lives in White Rock, New Mexico. 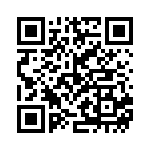