Jasper Becker in Hungry Ghosts: "North Korea seems in the grip of a death-cult psychosis that leaves it impervious to rational notions of self-interest" (339). Bruce Cumings on the kind of racism that ... Read full review

I first read this book when it came out. Now, 13 years later, I find it has lost none of its shock value. Every page heaps multiple outrages on multiple outrages. It is still the world's most ... Read full review

Jasper Becker is currently Beijing bureau chief for the South China Morning Post. He has also written extensively on Chinese affairs for The Guardian, The Economist, and The Spectator. He lives in Beijing. 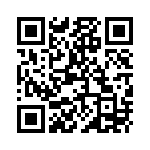