Edna's Employment Agency is the fourth novel by Wred Fright. The other three are The Pornographic Flabbergasted Emus, Blog Love Omega Glee, and Frequently Asked Questions About Being Dead. More info about the author and his books can be found at Wredfright.Com.

Praise for Fright and his works from fellow writers, literary critics, and scruffy publications:

"Wred Fright does it again. His almost-all-dialogue treatise on employment agencies comes fast and furious, or maybe furiously fast. Either way, it sets into motion manic episodes of grand proportions, a whirlwind of oftentimes zany characters who Fright gives gravitas to by intermingling snippets of their lives that read like some stream-of-consciousness-infused Winesburg, Ohio, and a tale that stomps the fringes of absurdity like a cowpoke riding a mad bull.

The kooky cast of Edna’s Employment Agency will almost make you wish you were out of a job just so you could have them find one for you." - Mark Justice, author of Gauge Black: Hell's Revenge

"I can't wait to read the next one!" - Eddie Willson

"This book is a trip, well worth checking out." - Razorcake

"I found myself laughing out loud a number of times, and that's a rare occurrence" - Zine World 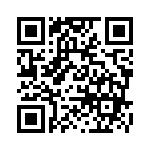