Atlanta, Georgia: April, 1913. 13-year-old Mary Phagan went to pick up her week's pay at the National Pencil Company before she was to join her friends at a parade. She was murdered shortly after ... Read full review

Elain Marie Alphin was born in 1955 in San Francisco, California. She attended Rice University and upon graduation she received a Watson Research Fellowship, a grant given to graduating college seniors to fund independent study and travel outside the United States. She spent the next year in England, doing research for a novel she was writing about Richard III and his murder of his nephews. She turned her research into a novel for middle-grade readers entitled, Tournament of Time. Her other novels includeded Ghost Cadet, Picture Perfect, The Perfect Shot, and Simon Says. She won the Edgar Award for Best Young Adult Mystery and was named a YALSA Quick Pick for Reluctant Young Adult Readers for the novel Counterfeit Son. She died on August 19, 2014 at age 58. 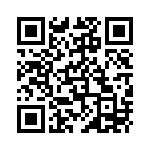