Thomas Pantham is Professor of Political Science at the M.S. University of Baroda. He has been nominated UGC National Lecturer in Political Science (1985–86), has been a Visiting Fellow at the University of Essex (1973) and a Fulbright Senior Scholar at the universities of Princeton and Massachusetts (1981). He has contributed numerous articles to journals and edited volumes and has written Political Parties and Democratic Consensus (New Delhi, 1976).

Kenneth L Deutsch is Professor of Political Science at the State University of New York, Geneseo. He has been a Fulbright Senior Visiting Lecturer in Political Science at the universities of Rajasthan and Baroda (1979) and has received research grants from the National Endowment for the Humanities. He has contributed articles to various journals and books and has co-edited Political Obligation and Civil Disobedience (New York, 1972) and Constitutional Rights and Student Life (St. Louis, 1979). 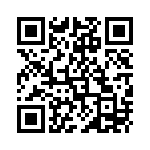