The book which answered all my questions of life and death, brings clarity for all secrets behind life and showed light for right path. It is not just like all books but a book which can bless us with eternal treasue.

http://www.yogananda-srf.org/tmp/meditation.aspx?id=116
Kriya Yoga an ancient yoga technique was reintroduced by sri yogananda paramahansa. Kriya yoga lessons are available from self realisation fellowship which was founded by sri yogananda paramahansa.
http://www.yogananda-srf.org/tmp/meditation.aspx?id=116

Swami Yogananda, a young Hindu monk, delivered his first address, "The Science of Religion," to the International Congress of Religious Liberals meeting in Boston on October 6, 1920. He remained in America and began to attract thousands to his public lectures. In 1925, Yogananda established the headquarters of his organization, the Self-Realization Fellowship, on Mount Washington in Los Angeles. (One of his most distinguished disciples was the horticulturist Luther Burbank.) His Autobiography of a Yogi Autobiography of a Yogi was published in 1946 and has been translated into 18 languages. Yogananda and the Self-Realization Fellowship have been the means by which many Americans have been introduced to and have adopted Hindu modes of thought and religious practice. Yogananda taught that Hindu mysticism was compatible with and similar to Western and Christian mysticism. In 1935 his guru gave Yogananda the title Paramahansa, which means "supreme swan" and is a title indicating the highest spiritual attainment. His disciples regard the manner of Yogananda's death---he expired immediately after addressing a banquet in honor of the ambassador from India---as a demonstration of his supreme yogic bodily control. The Self-Realization Fellowship continues to be an important alternative religion in America, and it has a strong institutional presence in and around the Los Angeles area. 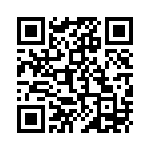