Paul Daley is an author, journalist, essayist, short story writer and playwright whose books--including Beersheba, shortlisted for the 2011 Prime Minister's History Prize--have been acknowledged in major Australian literary awards. He has won numerous journalism prizes, including two Walkley Awards. In 2016 he was named the National Library of Australia's inaugural Creative Arts Fellow for Australian Writing. He writes about Indigenous history and Australian national identity for The Guardian and is completing a novel, Fall-Line, the sequel to Challenge (MUP, 2014.) 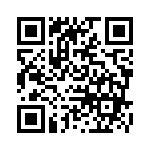