Born in Austin, Texas, and educated at Harvard University, the University of Texas, and Columbia University, American folklorist Alan Lomax is one of the most dedicated and knowledgeable folk-music scholars of the twentieth century. Lomax became interested in collecting and recording folk songs through the work of his father, John Avery Lomax, a curator at the Library of Congress and a pioneer in the field of folk music. After college, he toured prisons in the South, recording folk song performances for the Archive of American Song of the Library of Congress. During his travels, he met the great blues singer Huddie Ledbetter ("Leadbelly"). Lomax later became responsible for introducing radio audiences to a number of folk and blues artists, including Woody Guthrie and Burl Ives. Between 1951 and 1958, he traveled throughout Europe, recording hundreds of folk songs in England, Scotland, Italy, and Spain. His most important work is, perhaps, "The Folk Songs of North America" (1959). He also published a number of works with his father, including "American Ballads and Folk Songs" (1934) and "Folk Song: USA" (1946). In addition to his work with folk songs, Lomax was very interested in the historical and social origins of jazz, and he wrote a notable biography of the early jazzman Ferdinand "Jelly Roll" Morton entitled "Mister Jelly Roll" (1950). 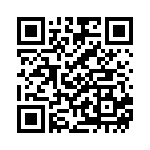