This book profiles 100 philosophers and their central ideas and concepts from day one to the present. Reading philosophy is an undertaking that is not for everyone but being familiar with the basic ... Read full review 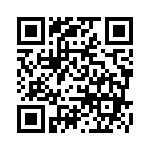