Laura Hengehold is Associate Professor and Chair of the Department of Philosophy at Case Western Reserve University. A prolific author, her most recent book is Simone de Beauvoir's Philosophy of Individuation: The Problem of The Second Sex.

Nancy Bauer is Professor of Philosophy, Dean of the School of the Museum of Fine Arts, and Dean of Academic Affairs for the Tufts University School of Arts and Sciences. She is the author of Simone de Beauvoir, Philosophy, and Feminism. 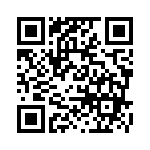