A really interesting review of the way the Dead Sea Scrolls were "managed" and controlled since their discovery in 1946-7. I am now interested to read what has happened in the 23 years since Silberman ... Read full review

THE HIDDEN SCROLLS: Christianity, Judaism, and the War for the Dead Sea Scrolls

International intrigue, scholarly arrogance, and eccentric personalities populate this examination of what the Dead Sea Scrolls really tell us. Since their discovery by Bedouins in the 1940s, the ... Read full review

Neil Asher Silberman studied under Israel's greatest archaeologist, Yigael Yadin, and worked for the Israel Department of Antiquities. He received his Bachelor of Arts degree from Wesleyan University and continued his studies at Yale University and the Hebrew University of Jerusalem, Institute of Archaeology. He is the recipient of the Guggenheim Fellowship (1991-92) and has written a number of well-received books on the ancient Near East, such as Digging for God and Country, Between Past and Present, and A Prophet from Amongst You: The Life of Yigael Yadin; Soldier, Scholar, and Mythmaker of Modern Israel. In addition, he has held editorial positions at Archaeology Magazine, Biblical Archaeologist, and the Oxford Companion to World Archaeology. Mr. Silberman lives in Branford, Connecticut with his wife and daughter and is currently working on his fifth book. 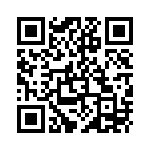