HAMAS VS. FATAH: The Struggle for Palestine

As much as any opposition from what is supposed to be a shared enemy, a gang war strangles Palestinian aspirations for an independent state.So writes former U.S. Treasury Department counterterrorism ... Read full review

Jonathan Schanzer is the director of policy at the Jewish Policy Center. He has served as counterterrorism analyst for the Office of Intelligence and Analysis at the U.S. Department of Treasury and as a research fellow at Washington Institute for Near East Policy, where he authored the book Al Qaeda's Armies: Middle East Affiliate Groups and the Next Generation of Terror. He has appeared on Fox News, CNN, and Al-Jazeera. He lives in Washington, D.C. 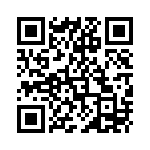