Edward A. Allworth is a Professor of Turco-Soviet Studies, Head of the Center for the Study of Central Asia and the Division of Central Asian Studies, and Director of the Program on Soviet Nationality Problems, all at Columbia University. 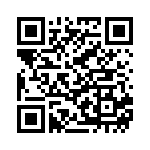