Page 13 - ... something to be skinned for two or three years for the use of the present generation, whether it is the forest, the water, the scenery. Whatever it is, handle it so that your children's children will get the benefit of it.
Appears in 11 books from 1906-2008
Page 13 - IT. WHAT YOU CAN DO is KEEP IT FOR YOUR CHILDREN, YOUR CHILDREN'S CHILDREN, AND FOR ALL WHO COME AFTER YOU, AS THE ONE GREAT SIGHT WHICH EVERY AMERICAN . . . SHOULD SEE.
Appears in 26 books from 1909-2008
More
Page 12 - ... Utah. President Clinton's general response to environmentalists and government officials who were shocked by his executive order ignored the unique nature of the environmentally safe coal at the Utah site. Giving the impression that similar coal was available elsewhere in the United States, he said: I am concerned about a large coal mine proposed for the area. Mining jobs are good jobs and mining is important to our national economy and to our national security. But we can't have mines everywhere...
Appears in 4 books from 1998-2008
Page 13 - I will now use my office to accelerate the exchange process. I have directed Secretary Babbitt to consult with Governor Leavitt, Congressman Orton, Senators Bennett and Hatch, to form an exchange working group to respond promptly to all exchange requests and other issues submitted by the state, and to resolve reasonable differences in valuation in favor of the school trust.
Appears in 4 books from 1997-2008
Page 9 - Thank you very much, ladies and gentlemen. Thank you for being here and for being in such good spirits.
Appears in 2 books from 1994-2008
Page 9 - We are following in your footsteps and honoring your ethic today. (Applause.) l want to say a special word of thanks to my longtime friend, Norma Matheson.
Appears in 2 books from 1965-2008
Page 13 - ...the beginning of a unique three-year process during which the Bureau of Land Management will work with state and local governments...
Appears in 3 books from 1997-2008
Less

Growing up in a farming/ranching family in southern Utah, Warren Stucki is very familiar with the ranching lifestyle and the ongoing feud between ranchers and the BLM, land stewards of a large portion of the American west. After leaving southern Utah, Dr. Stucki graduated from the University of Utah Medical School, eventually specializing in urology. He still practices medicine and lives on a small horse ranch just outside of St. George, Utah. Stucki writes in two distinct genres: historical fiction and medical mysteries. His two previous books, Boy’s Pond and Hunting for Hippocrates, were also published by Sunstone Press. 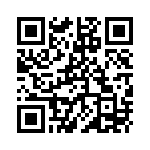