Will Kymlicka is the author of five books published by Oxford University Press: Liberalism, Community, and Culture (1989), Contemporary Political Philosophy (1990; second edition 2002), Multicultural Citizenship (1995), which was awarded the Macpherson Prize by the Canadian Political Science Association, and the Bunche Award by the American Political Science Association, Finding Our Way: Rethinking Ethnocultural Relations in Canada (1998); and Politics in the Vernacular (2001). He is also the editor of Justice in Political Philosophy (Elgar, 1992), The Rights of Minority Cultures (OUP, 1995), and co-editor of Ethnicity and Group Rights (NYU Press, 1997), Citizenship in Diverse Societies (OUP, 2000), Can Liberal Pluralism Be Exported ? (OUP, 2001), and Language Rights and Political Theory (OUP, 2003). He is currently a Professor of Philosophy at Queen's University.
Keith Banting is Queen's Research Professor in Public Policy in the School of Policy Studies and the Department of Political Studies at Queen's University. His research interests focus on the politics of public policy, especially social policy He is the author of Poverty, Politics and Policy: Britain in the 1960s (Macmillan), and The Welfare State and Canadian Federalism (McGill-Queen's University Press). He is also the editor or co-editor of another fourteen books dealing with politics, political institutions and social policy. Among these edited books are The Politics of Constitutional Change in Industrial Nations (Macmillan); The State and Economic Interests (University of Toronto Press); Degrees of Freedom: Canada and the United States in a Changing World (McGill-Queen's University Press), and Health Policy and Federalism: A Comparative Perspective on Multi-Level Governance (McGill-Queen's University Press). 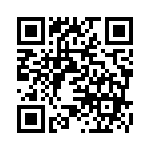