Sad, as others have noted: remarkable what lies the Federal Government told and the media accepted. But interesting now mostly because of the position now held by the author. Read full review

I read this book for one purpose: the author is now President Trump's National Security Advisor. Early reports are that he is pretty tough. After reading the book, I endorse that conclusion. What sort ... Read full review

Page 133 - That the Congress approves and supports the determination of the President, as Commander in Chief, to take all necessary measures to repel any armed attacks against the forces of the United States and to prevent further aggression.
Appears in 42 books from 1957-2005
Page 133 - President determines, to take all necessary steps, including the use of armed force, to assist any member or protocol state of the Southeast Asia Collective Defense Treaty requesting assistance in defense of its freedom.
Appears in 349 books from 1905-2007
More
Page 134 - First, our Navy played absolutely no part in, was not associated with, was not aware of, any South Vietnamese actions, if there were any.
Appears in 39 books from 1967-2008
Page 309 - The political object is the goal, war is the means of reaching it, and means can never be considered in isolation from their purpose.
Appears in 66 books from 1972-2007
Page 35 - You can kill ten of my men for every one I kill of yours,' he warned them, 'but even at those odds, you will lose and I will win.
Appears in 44 books from 1943-2008
Page 28 - The first advice I'm going to give my successor is to watch the generals and to avoid feeling that just because they were military men their opinions on military matters were worth a damn.
Appears in 20 books from 1976-2005
Page 123 - ... to issue orders to the commanders of the combat aircraft and the two destroyers (a) to attack any force which attacks them in international waters, and (b) to attack with the objective not only of driving off the force but of destroying it.
Appears in 10 books from 1964-2005
Page 260 - Such peace demands an independent South Viet-Nam — securely guaranteed and able to shape its own relationships to all others — free from outside interference — tied to no alliance — a military base for no other country.
Appears in 84 books from 1874-2007
Less

H. R. McMaster, a recent award-winning teacher at West Point and an inspiring leader in the Gulf War, graduated from the U.S. Military Academy in 1984 and has an M.A. and a Ph.D. in American History from the University of North Carolina. He is now attending the U.S. Army Command and General Staff College at Fort Leavenworth, KS. 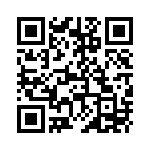