The editors of this new annual ("Spenser" author Parker, on call for this edition, and Mysterious Press founder Penzler, who will edit the series) have selected 20 stories, all published in 1996, that ... Read full review

Robert Brown Parker was born in Springfield, Massachusetts, on September 17, 1932. He received a B.A. from Colby College in 1954, served in the U.S. Army in Korea, and then returned to receive a M. A. in English literature from Boston University in 1957. He received a Ph.D. in English literature from Boston University in 1971. Before becoming a full-time writer in 1979, he taught at Lowell State College, Bridgewater State College and Northwestern University. In 1971, Parker published The Godwuff Manuscript, as homage to Raymond Chandler. The character he created, Spencer, became his own detective and was featured in more than 30 novels. His Spencer character has been featured in six TV movies and the television series Spencer: For Hire that starred Robert Urich and ran from 1985 to 1988. He is also the author of the Jesse Stone series, which has been made into a series of television movies for CBS, and the Sunny Randall series. His novel Appaloosa (2005) was made into a 2008 movie directed by and starring Ed Harris. He has received numerous awards for his work including an Edgar Award for Best Novel in 1977 for The Promised Land, Grand Master Edgar Award for his collective oeuvre in 2002, and the Gumshoe Lifetime Achievement Award in 2008. He died of a heart attack on January 18, 2010 at the age of 77. 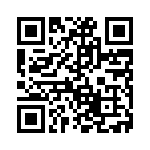