Carmine Iorio is studying Natural Sciences at the University of Bologna. He has collaborated with the natural park of Serre-Persano (Salerno), managed by WWF Italia, as a guide for visitors and school groups. He has published some papers on the distribution of some Orthoptera on Italy and has collaborated, with the same authors of this Handbook, to the volume of the Italian Fauna on the Orthoptera, carrying out the attached DVD, in which he has replicated the dichotomous key, treated in the volume, in an interactive form.

Roberto Scherini has a degree in natural sciences. He has collaborated with parks, nature reserves, museums and schools for the realisation of public events relating to environmental education and for the organisation of didactic activities in the field. He is the founder and administrator of the web site linnea.it, an internet portal dedicated to entomology. A contributor to the public understanding of science and a nature photographer, he is active as a referee for nature magazines, scientific translator and is the author of several articles and publications. He is also co-author of the books ‘Odonati d’Italia’ and ‘Dragonflies and Damselflies of Europe’.

Paolo Fontana was born in Vicenza the 5th of August 1965 and lives in Isola Vicentina (Veneto, Italy). In 1993 he obtained a degree in Agricultural Science and in 1998 the Ph.D. in applied entomology. He worked at the University of Padua up to 2009 and since 2009 he is working at the Fondazione Edmund Mach (San Michele all’Adige, Trento, Italy) as entomologist and apidologist. Principal fields of research are applied entomology, taxonomy and ecology of scale insects, taxonomy, biogeography, ecology and bioacoustics of the Orthoptera, apidology and beekeeping. Paolo Fontana published more than 200 papers and described up to date 80 new species and 16 new genera of arthropods, mostly Orthoptera.

Filippo Maria Buzzetti graduated in Natural Sciences and earned a PhD in Crop Protection at the University of Padua. He is teacher of mathematics and science in middle schools. He collaborates as entomologist with the Fondazione Museo Civico di Rovereto. His research fields are the bioacoustics and systematics of the Orthoptera and the systematics of the Gerromorpha Heteroptera in Europe, the Neotropics, South East Asia and Africa. He loves his family and jazz.

Roy Kleukers has a life long interest in insects. He co-ordinated two atlas projects (1990-1995, 2009- 2015) on Orthoptera in the Netherlands. In 1995 and 1996 he lived in Trieste (Italy) and started discovering the wonderful world of mediterranean grasshoppers. In this period he met Paolo Fontana and together they made many field trips. With Baudewijn Odé and Luc Willemse he makes yearly expeditions in southern Europe. They gathered many faunistic data, photographs, sound recordings and video’s. The information is compiled on www.grasshoppersofeurope.org. His job is manager of EIS Kenniscentrum Insecten (Insect Expert Office) at Naturalis Biodiversity Center in Leiden (the Netherlands).

Baudewijn Odé has grown up in a musical family and being a nature lover Baudewijn became hooked up to grasshoppers because of their sound production. One of his first sound recordings proved to be the second record of Chorthippus apricarius for the Netherlands. Baudewijn steadily expanded his knowledge and equipment for sound recording over the years resulting in a large collection of sound recordings and becoming a (co-)author in many research papers on European grasshoppers.

Bruno Massa, biologist, just retired from the University of Palermo, where he was professor of General and Applied Entomology. Since he was 13 years old, the biophilic interests to birds and insects (mainly grasshoppers) switched on; thus, he studied many aspects of the ecology, ethology and taxonomy of birds and grasshoppers through the Mediterranean countries, tropical Africa and many European Museums of Natural History. He has published many scientific papers and some popular books on naturalistic subjects. 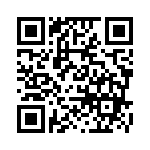