Cecil Day Lewis was an Irish lyric poet and critic who also wrote bestselling detective stories under the name of Nicholas Blake. Born in 1904 to a clergyman father, he attended Oxford University. After college, he was a schoolmaster and director of a publishing firm. The grandfather of Cecil Day Lewis changed the family name of Day to Day-Lewis. However, the poet dropped the hyphen, to the confusion of librarians and bibliographers ever since. Day Lewis became interested in and joined the Communist Party, only to renounce it in 1939. He worked in the Ministry of Information during World War II. He later taught at Oxford, Cambridge, and Harvard universities. His works include Transitional Poems, A Hope for Poetry, and The Poetic Impulse. He is also widely recognized for his translation of The Aeneid. His later honors include a year as Charles Eliot Norton professor of poetry at Harvard University and as Clark lecturer at Cambridge University, and a term as professor of poetry at Oxford University from 1951 to 1956. He served as director of the publishing house of Chatto & Windus from 1954 until his death in 1972, and was named poet laureate in 1968. Cecil Day Lewis's autobiography The Buried Day was published in 1960. He died in 1972. 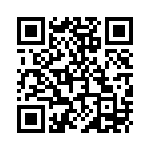